This article discusses the context, concept and sustainable components of a newly designed Residence in Ontario, New York. It covers the following information: choosing the location and site to build, the environment, the views, the style, its sustainability components, and interior concept.

The residence is located a little more than ½ mile from Lake Ontario shoreline and nestled in the middle of an apple orchard. A portion of the site was cleared and raised approximately 4 feet above grade to insure a view of the lake. The house was specifically oriented in a north (front) south, east, west orientation, with the bedrooms located on the east side of the house, away from the summer sun, while the lap pool room was located on the south side of the house taking advantage of the winter sun.

The environment along the lake is relatively harsh in the winter with a prevailing wind of 6 to 8 miles/ hour throughout the year and winter winds gusting to over 30 miles/hour one can guess this led to some unusual design decisions. In order to make sure the home was sealed from air infiltration the doors on the north side, which faced the lake, were designed to open outward allowing them to seal themselves during high wind conditions. Because the site was once under the lake itself the foundation excavation encountered large boulders and an underground stream. The boulders were reused to create foundation walls at the rear service entry to the home and the underground stream was diverted to an adjoining creek.

In order to take advantage of all the wonderful views in all directions the home was designed with a plenty of windows. To take further advantage a porch was added at the second floor as well as a widow’s watch at the third. Wherever you look depending on the time of year, apple blossom time, apple picking time, even the dead of winter the sites and views are incredible.

The style of the home is somewhere between eclectic and modern. Having grown up in New England some of the elements such as the second floor porch and widow’s watch and even the color of the home itself reflect that. At the same time there is a bit of a Meisian touch where form does follow functions within the home.

A number of sustainable elements where incorporated in the design. They include: 1. Daylighting, which allows the home owners to minimize the use of lights, reducing electricity usage, no matter whether the sun is out or it’s a cloudy day. 2. Windows, which are casements allowing the owner’s to take advantage of the continuous lake breeze by opening the north and south windows creating a cooling cross current of air throughout the home. 3. The 35 foot center core of the home is both a heat collection and heat discharge space. During the winter months the widow’s watch acts as a heat collector and in the summer a heat discharger. With the use of a 40,000 plus CFM fan the air in the widow’s watch can either be removed from the home or pushed down into the open floor plan for addition heating in the winter months. This is monitored and thermostatically controlled at the first floor level. 4. Radiant floor heating, there are six zones in the home to allow for heating control. The hot water system is an instantaneous system providing both heating and domestic hot water on demand. The unit itself is over 100% energy efficient. The zones allow flexibility in heating occupied areas of the home when needed without wasting energy on unoccupied areas. 5. A wood burning fireplace is located in the center of the home, this supplements the home’s overall heating by increasing the temperature on average of 5 + degrees. This reduces both energy costs and consumption.

The interior is a pure open floor plan. The bedrooms are located on the east side of the home, the lap pool room on the south and kitchen and dining on the west. Keeping the idea of aging in place in mind the interiors where designed to be handicapped accessible meeting Americans with Disabilities Act requirements. Access to the home from both the exterior and garage are by a handicapped ramp. The bathrooms are designed with 5 foot or more turning radii for wheelchair usage. There are no fixed obstacles in the way in the path or travel and counters are accessible by wheelchair. Lighting was also designed to prevent dark spots, which is detrimental to seniors with eyesight problems. Materials were used to define functions within the home. The bathrooms, kitchen, laundry, main entry, and lap pool room were tiled the remaining floor was defined by a floating wood flooring system. In keeping with the the aging in place theme the interior was designed to include a one stop elevator when and if needed in the future.

In summary, the residence is a retirement home with plenty of space for family gatherings and entertaining. It reflects the unique requirements of the owners including outstanding views of Lake Ontario, functionality while keeping aging in place in mind. It is energy efficient, and works with the environment instead of fighting it. The style of the home is eclectic yet fits in an agricultural environment surrounded by an apple orchard. The open floor plan not only is flexible, light filed and comfortable. 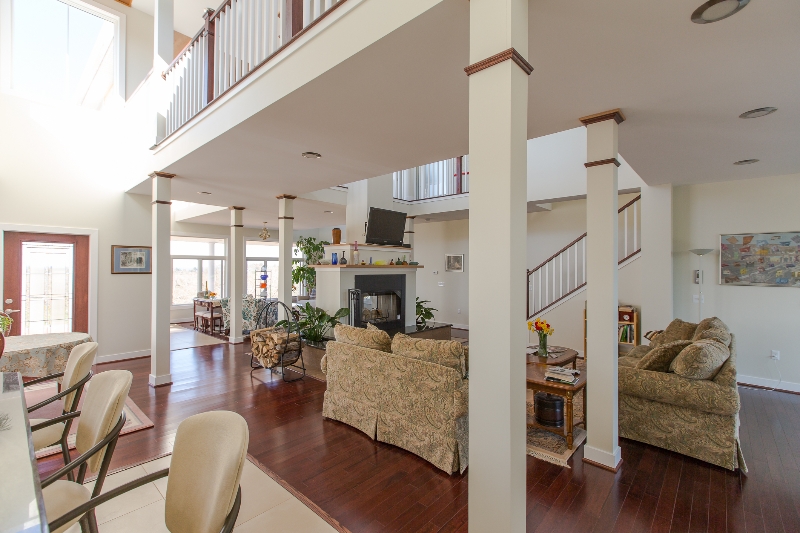 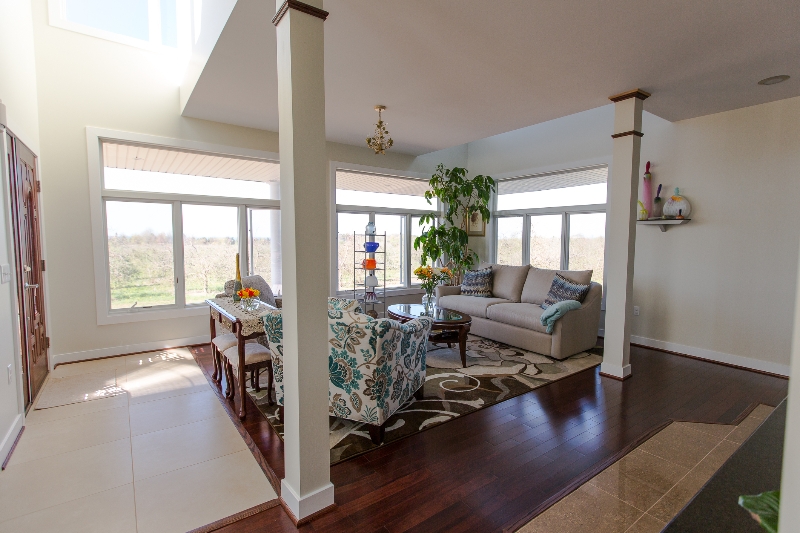 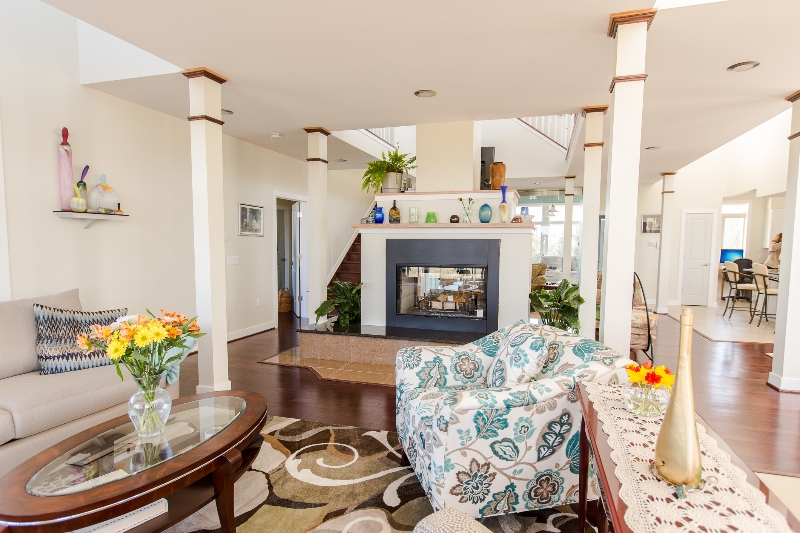 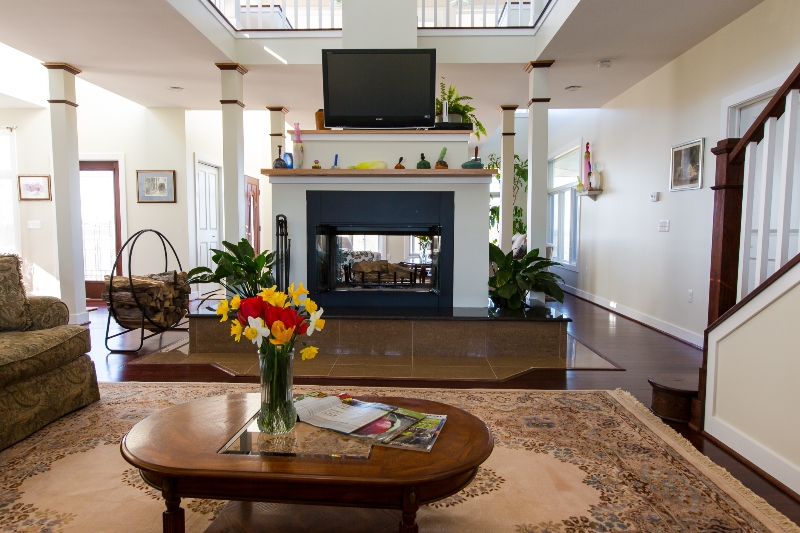 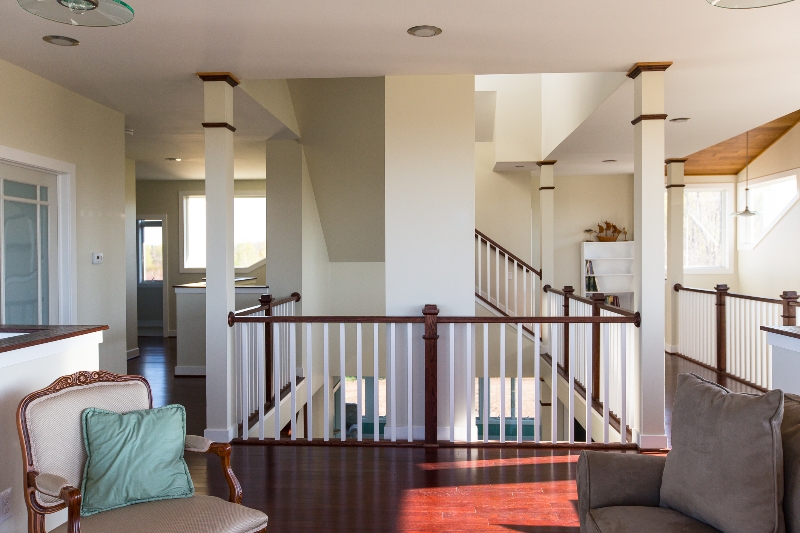 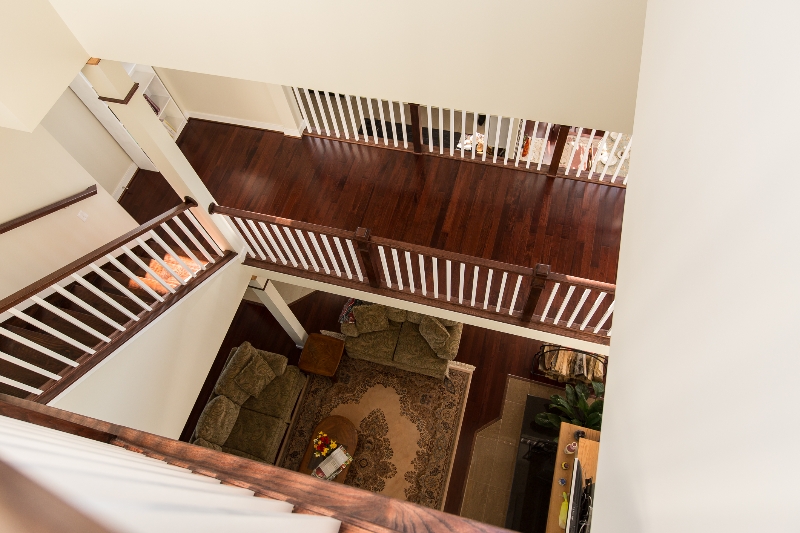 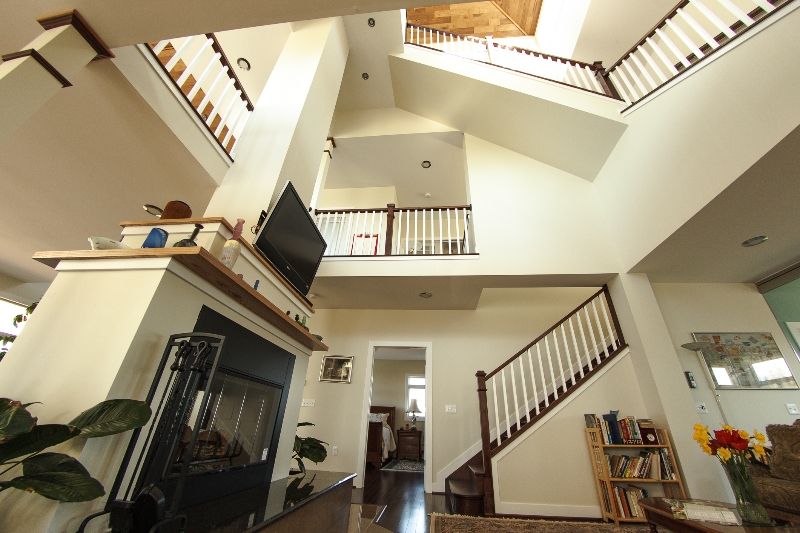 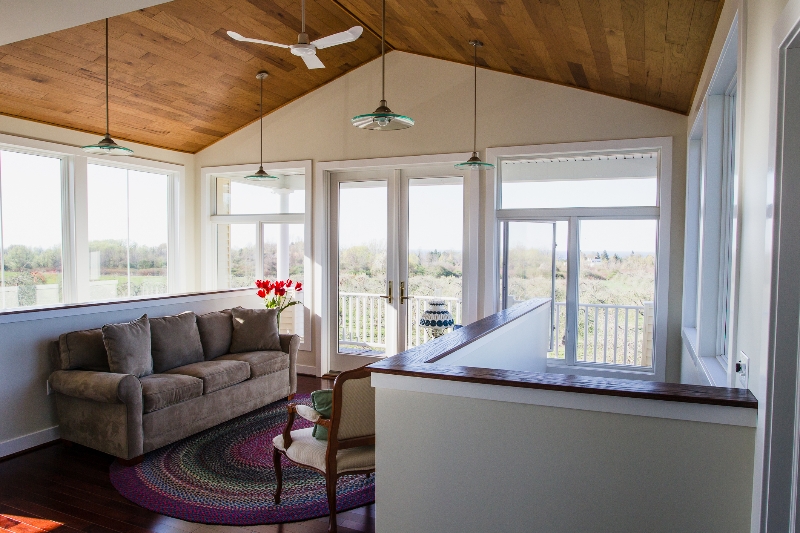 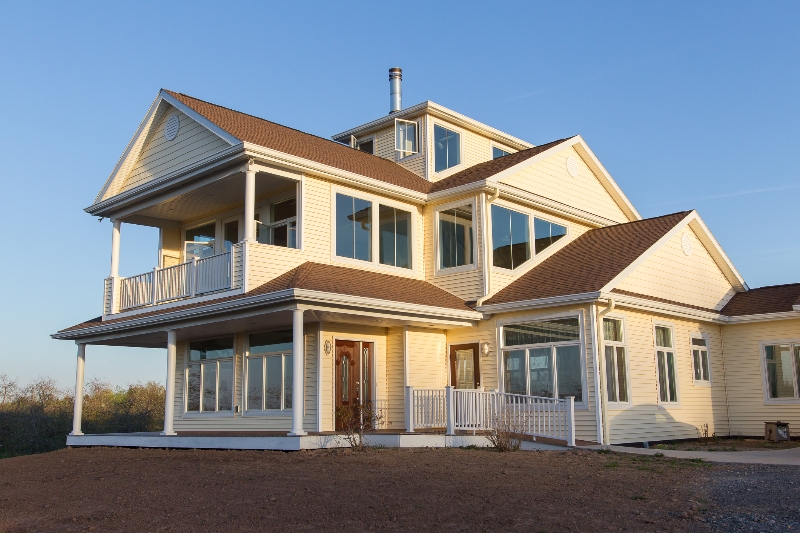 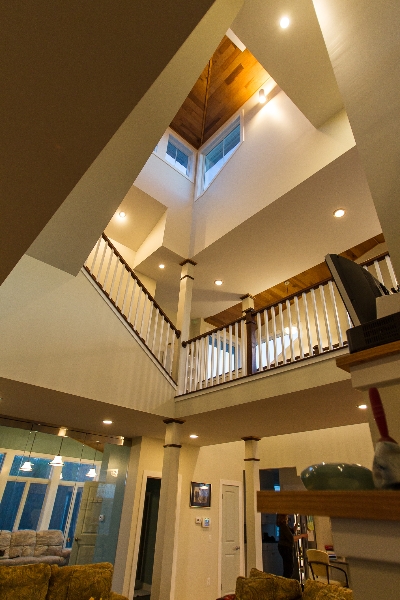 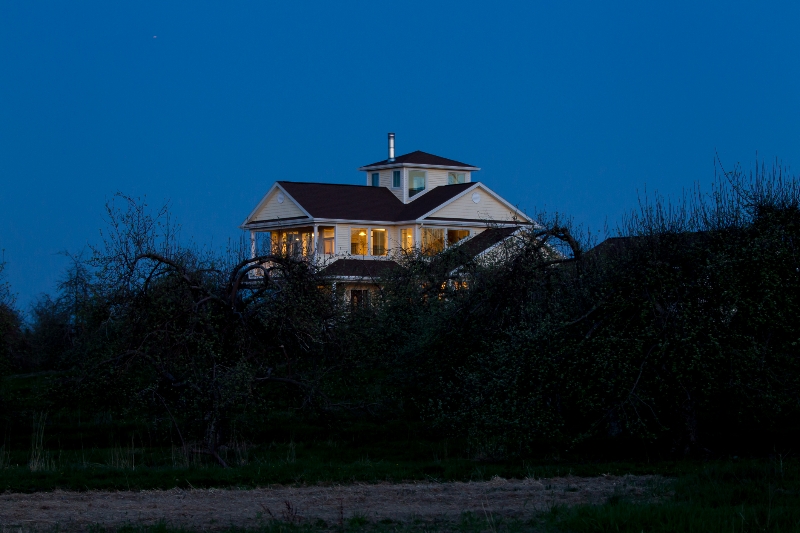