Location
Battle Creek, Michigan
The Battle Creek Michigan VA’s existing Community Living Center (CLC) consists of two buildings (83 and 84) with a connecting building between them consisting of lobby space, office and CLC support spaces. The project consists of the renovation of approximately 16,866 on both the first and second floors of building 83. The first floor will consist of 26 Dementia/Alzheimer’s beds and the second floor will consist of 24 SNF beds for a total of 50 renovated beds. Battle Creek VA plans that the CLC eventually totals 100 beds with 50 in building 83 and 50 in building 84.

The goal of the Battle Creek VA is to have as an end product a CLC that has a homelike atmosphere and that creates as many private rooms as possible.

Each household if required by program can be a self-contained and or secure unit or be open between each other based on specific program needs and requirements.

Each household is to have its own support space including a “Country Kitchen” and dining/activity space. The bedrooms will meet ADA and VA Standards and include the required net usable space including an adjoining bathroom typically including vanity and water closet. Other bedrooms as shown on the floor plans will include handicapped showers primarily designed for female veterans and bariatric resident use.
Also, the design of both the first and second floors will provide flexibility for the future allowing for Alzheimer’s/Dementia as well as SNF expansion or contraction based on the VA’s needs and future utilization, into any of the designed household on either floor.

Centrally, there will be one common multipurpose area (shared by all under staff supervision), clean and soiled utility rooms, medications room, janitor’s closet and central bathing facility on each floor. Also, centrally will be office, conference, staff lounge and other support spaces typically for each floor. Each household will have at least two charting areas in lieu of a nurse’s station. This will allow for more staff and resident interaction and will eliminate that usual congregating area of residents and forces wandering and nesting other than at the nurse’s station.
Proposed for the future would be a state of the art, “wandering garden” outside the multipurpose room on the first floor. Aspects of the garden would include good visibility, security, appropriate outside sitting areas, lighting and plantings. It is the intent of the garden to be an environment conducive to wandering. All plantings will be non-poisonous.
Finishes and lighting on both floors will be calming and warm. Dark spots will be avoided based on the lighting plans. Finishes will be such in the Alzheimer’s unit to prevent resident agitation yet provide a safe and warm “Homelike” atmosphere.
The basement of building 83 is proposed to house IT and mechanical support space as well as storage space.

The Attic of building 83 will house new mechanical HVAC equipment to support the newly renovated first and second floors. 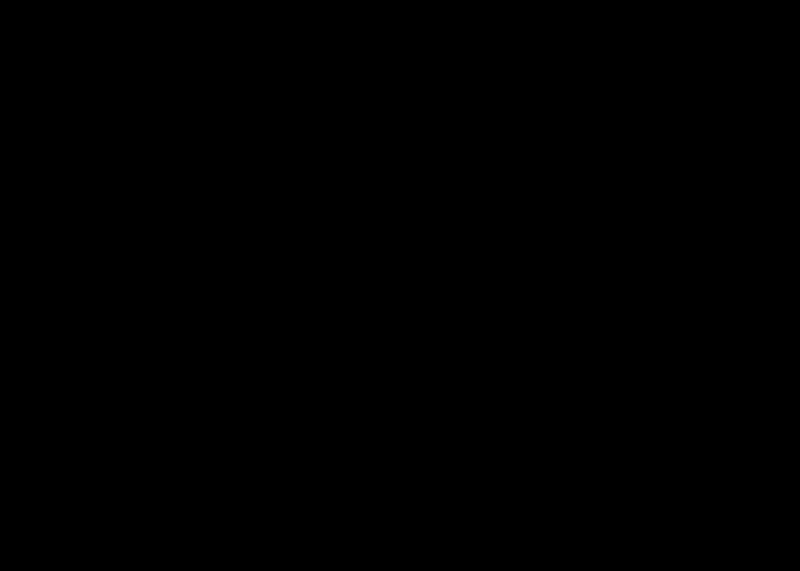 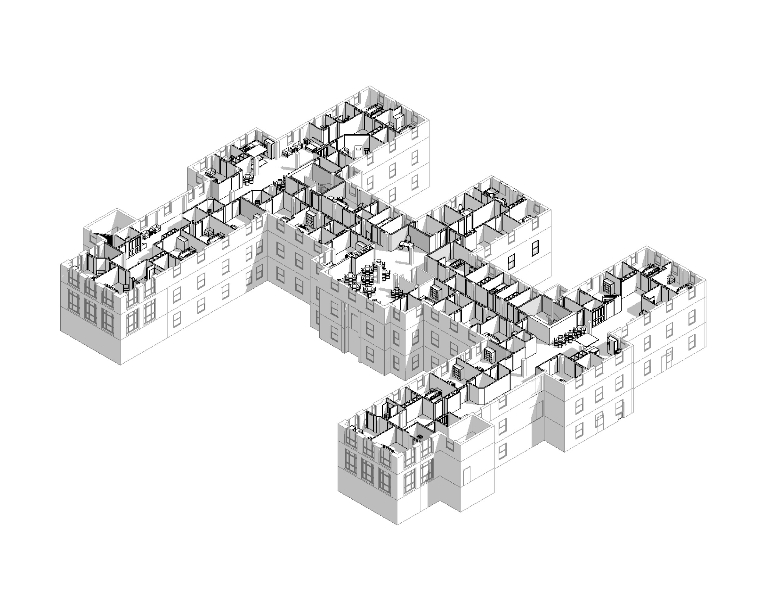 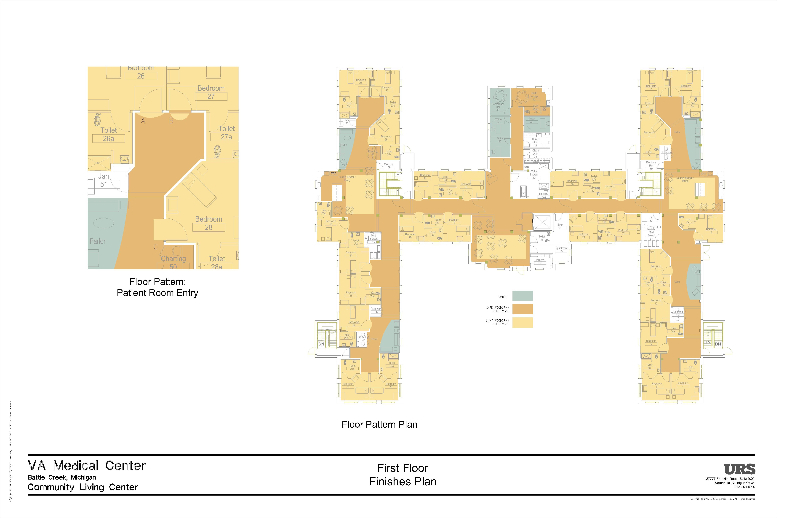